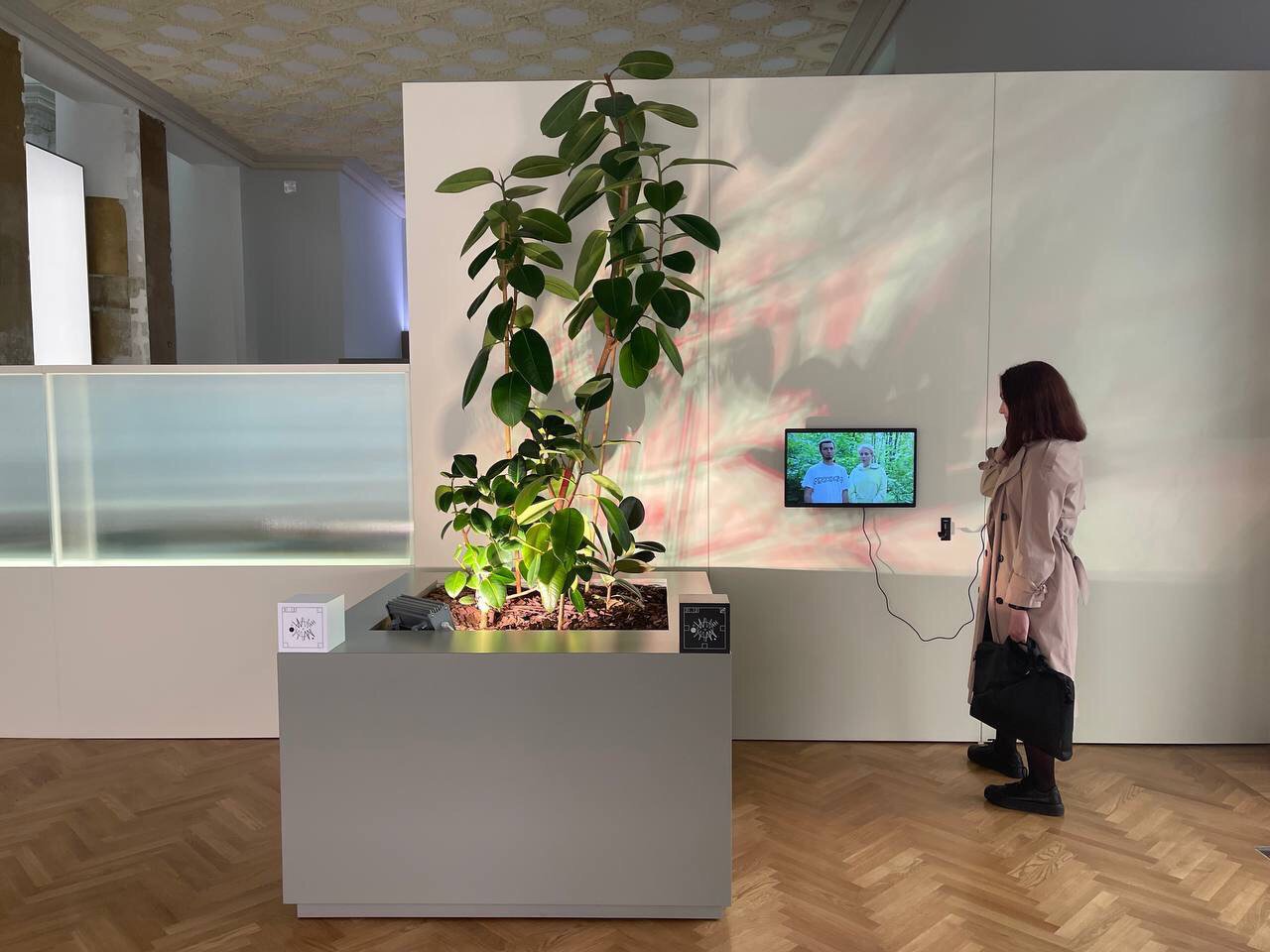 Each biological species has its own world, determined by its bodily organization, sensory organs, and the structure of the nervous system. And although plants do not have anything like a central nervous system, they are able to generate electrical signals that propagate throughout the body in response to various stimuli, reminiscent of the nerve impulses of animals.

Duo Gray Cake together with the biologist and artist Ippolit Markelov, as well as the laboratory of bioelectrochemistry of the Institute of Physical Chemistry and Electrochemistry named after. A.N. Frumkin of the Russian Academy of Sciences conducted a study, the purpose of which was to register changes in electrical potentials on the membranes of plant cells caused by external irritating factors - light. Carrying out such an experiment is possible in laboratory conditions, allowing to get rid of external interference and electromagnetic interference, using microelectrodes. Then, the fluctuations of electrical potentials arising from the reaction to light were transformed into control signals of a speech synthesizer, which formed the basis of an artistic project.

To publicly demonstrate the plant's reaction to light, the artists built a model that reflects the dynamics of this reaction and replicates the characteristics of the electrical signal received from the plant. This signal model controls the audio synthesizer. Thus, you can hear the sound, the dynamics and height of which depend on the intensity of the appearance and extinction of the light directed at the plant.
In the video, you can hear a description and demonstration of the experiment, which is described by Oleg Batishchev, Deputy Director for Research at the Institute of Physical Chemistry and Electrochemistry named after. Frumkin and head of the laboratory of bioelectrochemistry and commentary from Ippolit Markelov, artist, candidate of biological sciences.

The project can be seen at the exhibition "12 Attributes of the Living", Geology Pavilion, VDNH, Moscow.